A quick search on automotive forums especially those that specialise in discussions about diesel cars and one is likely to discover a regular repetition of the term “DPF” and a general outcry as to its side effects. Well, if you are not an internet frequenter and are one of those people who are not tech-savvy, you might be wondering what the fuss is all about. The best answer would be to expound on the term DPF and the go ahead to pinpoint its shortcomings and why many late-model diesel car owners are going for services which entail DPF removal and installation of DPF delete kits in bid to do away with the DPF quagmire.

Understanding The DPF System In Your Car 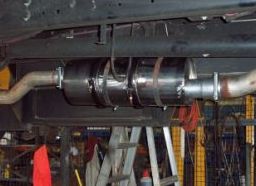 A DPF (diesel particulate filter) is a system that consists of three parts (a filter, a monitoring system and a maintenance system) which work to ensure that the whole DPF system is in proper working condition. Although the DPF technology has been in force since 2007 when all many vehicles including Nissan, Mitsubishi, Dodge, Chevy Duramax, Volkswagen, Opal (Holden) and Ford (Powerstroke 6.4) came from the factory equipped with a diesel particulate filter, the exhaust emissions standards for new cars effectively required a DPF to be fitted into the exhaust of every diesel car since 2009. This standard came with the sole aim of delivering an 80% reduction in diesel particulate (commonly called soot) emissions. If you are keen enough you may have noticed that 07+ diesel cars and trucks almost never put out any black smoke. This is because an optimum common rail system together with a functioning DPF system captures up to 90% of all harmful diesel emissions. But despite the exhaust emissions standards goal of making diesel particulate filters as commonplace in diesel vehicles as the catalytic converters are to petrol cars, the DPF technology is not suitable for every diesel car owner.

Reducing horsepower is one of the obvious DPF problems.

The first and most obvious DPF problem is a significant reduction in horsepower which is caused by poor exhaust flow performance.  Many owners found their pre-DPF vehicles did a better job towing their trailers for this reason.

Why is this so?

A DPF system basic function is to force engine gases to pass through complex filters made of ceramic fibres, silicon carbide, metal fibre or cordierite (a type of ceramic) while trapping soot (particulate matter). As is the case with any filter, the DPF system’s filter has to be emptied or cleaned on a regular basis for “optimal” performance. Accumulated soot is burnt off at high temperatures leaving tiny ash residue in a process called DPF regeneration. During this process, your diesel is being used to burn off the soot in the DPF and this has many undesirable effects.  1) diluted engine oil, 2) poor economy, 3) very high EGTs, 4) the need to drive the vehicle in a way that allows the regen process to occur.

Fuel economy proves to be a big DPF problem. This is because the regeneration process takes two forms: active and passive regeneration. While passive regeneration uses a high diesel exhaust temperatures to burn of the accumulated soot, it is a rare occurrence in many diesel cars to have the diesel exhaust heated to such high temperatures unless you are cruising at highway speeds. Thus the next alternative is usually an active regeneration which involves a dose of fuel administered to the exhaust system to help burn the soot. This DPF problems lead to decreased fuel economy. 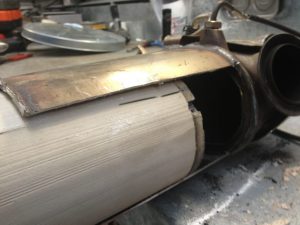 While it is possible to start a regeneration process by driving for 20 minutes at speeds of above 72km/h, this fuel is also washed down the cylinders, passed the piston rings  and ends up draining into the engine oil sump. This becomes a diesel particulate filter problem since the oil quality deteriorates often to points of destroying the diesel engines when left unchecked. Additionally, if the driver ignores the dashboard warning lights and lets soot loading build passed 65%, one will have to take the car to a dealer for regeneration. Severe DPF problems as a result of such a practice will at times mean that you will have to get a new DPF installed in your car. Regardless however, sooner or later the filter will come to end of life.  At this point a new DPF or DPF removal will need to be considered   A new fitted DPF will cost between $4000 – $8,000. In any case, even with successful regeneration processes and “correct” driving procedures, most DPF are designed to last around 120,000 kilometres.
On newer DPS systems. another DPF problem that many diesel car owners encounter is cost of fuel additives which lower the ignition temperatures of the soot particles trapped by the DPF filter. Though small quantities of additives are used (given that 1 litre of additive can treat up to 2800 litres of fuel), the additive tank needs to be refilled often during the life span of the diesel car and this is bound to cost the owner an average of 10% to 15% added vehicle running costs, not including labour. A peek at these DPF problems and it is not hard to see why you should join the horde of diesel car owners seeking to do away with their DPF systems.
Chip Tuning have experienced to resolve the wide range of diesel cars and truck for examples: dpf issues for Suzuki, Nissan, Mitsubishi, Isuzu, Hino, Fuso, Mazda and many others.

An interesting article on the Regen process is here:  DPF_Regen Process

If you have a DPF problem with your car and want to save money, call us to find the right solution now on 02-8090-1881 or click here DPF Removal Service