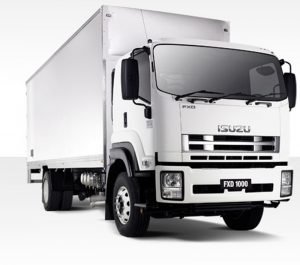 Are you experiencing problems with your Isuzu Truck with DPF doing DPF Re-generations more frequently ?

Or is the DPF light now flashing but the truck won’t do a Regeneration?
Is the AdBlue causing issues?
All of these troubles can be an issue for your work truck off the road not earning money.

These errors, before long, will cause the engine to go into Derate-power (Limp) mode causing it an issue to drive and can lead to further problems.  This can be a sign leading to a failing DPF unit or AdBlue Module.  We have seen these symptom more and more on Isuzu “N” and “F”, GX and Giga series trucks.

These engines are a magnificent, well designed and reliable engine and over the years we’ve seen these engines prove their effortless reliability.

Clearly, they are not designed around the emissions systems that are on them fitted to them, and the side effect is EGR, DPF and AdBlue problems that have been encountered by many owners of these trucks.

However, with a straight forward and reliable solution we have fixed this issue on the 3.0 right up to the large FX Range (FXY and FXM) and Giga 9.8L engines.  (NB This mod is technically for off road use only).

By only having the DPF removed out of the System the vehicle will detect the change and eventually cause the engine to go into Limp mode.  That’s where Chip Tuning come in.  We can remove the EGR System, the DPF unit and the AdBlue all together in a professional way that is nearly untraceable externally.  We also tend to keep the Catalytic Converter in place as that is the Primary source of emissions control.  This assists in keeping the toxic gases to a minimum.  The “Cat” also are not an issues for a Diesel engine.

As we Remap the Engine ECU  to Deactivate the EGR, DPF and AdBlue.  We have seen customers notice and report much better torque gains and better fuel economy as well.
This was even achieved on late model Isuzu fitted with either the Denso or Transtron ECUs.
On a 3.0 N Series you will pick up an extra 55NM of torque JUST WITH the DPF removed from the exhaust allowing the engine to breathe better.   On top of that we have a customized economy tune that will help the vehicle perform, making maximum efficiency out of a bigger size engine.  The Giga picked up 200NM of torque.

Each ECU has its own original file modified.  This preserves the factory key coding and vehicle/ECU matching.
For further inquiries please contact us via email: [email protected] or call 02 8090 1881 (+612 8090 1881 internationally)

If you are interested to send us your vehicles ECU for DPF OFF and performance tuning you will need also to download the 2x forms from this link below and send together WITH the ECU.  See link below.
https://chiptuning.com.au/ecu-remapping-request-forms/ 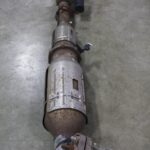 Morning, can you help to do disable immobilizer for isuzu frr90, engine 4hk1.

YES. We can do IMMO OFF for Isuzu

Can you help me do the isuzu 4jj1 bypass dpf system

Yes we can help. Are you an international or Australian customer? See this link so you can send us your ECU.

Yes, generally we can help with these. Depending on firmware version. Send us the file or the whole ECU so we can look at it