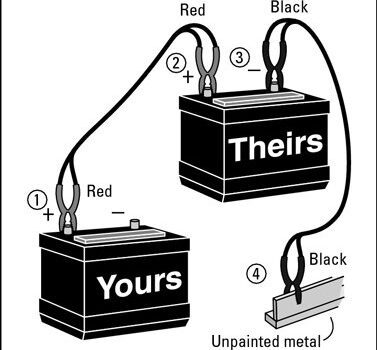 Unless you know what you’re doing, delving under the bonnet to check for or correct faults can be dangerous. We generally recommend that you seek professional assistance.
The big change from then to now is computers and it’s not as if a modern car has just one – a Mercedes-Benz S-Class from a few years ago has 64 ECUs (Electronic Control Units).
Recently, Jaguar issued a warning bulletin that said you could damage the whole wiring harness if you try to jump-start one of their cars.  In my opinion that warning is applicable to most vehicles built within the past 10 years.
A five-year-old Audi was recently taken to a motor repairer with an electrical system so badly damaged by an attempted jumpstart that, in the end, it was actually cheaper to write the car off rather than repairing the damage.
But what has driven this destructive change?
The simplest answer is … computers.
There are ECUs that control systems such as engine control, traction and body control and safety.  They operate via a binary code that relies on a stable voltage from the battery/vehicle.
Zapping them with a random spark or short from jumper leads is like shocking the human heart: an interruption of the correct level and rhythm is deadly.
Always check the vehicle’s handbook before using jumper leads. All manuals include general advice on jump starting and some include model specific procedures. If this is the case you must follow the manufacturer’s procedure rather than the steps described below.
Jump starting a vehicle can be a safe procedure however and damage can be avoided if a few simple rules are followed:


NB: If it won’t start, make sure that the cables are properly connected and have the donor vehicle run for five minutes. Then try to start your car again. If it still won’t start, your battery may be beyond help or this could indicate a more serious problem with the charging/ignition system that will need investigating by a professional.